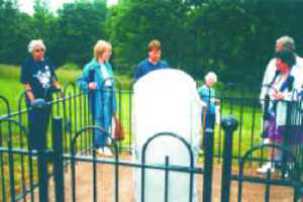 John Kline joined the German Baptist Brethren and, in time, advanced from deacon to minister to elder. Elder Kline served the church his adult life without remuneration. He contributed land and money for his congregation to build the Linville Creek Church. He frequently traveled on horseback to western Virginia (now West Virginia) and beyond on lengthy and arduous mission trips, visiting Brethren families, preaching, baptizing, and establishing churches. The folks he visited were delighted to provide hospitality and to hear him preach. Kline also learned herbal medicine so that he could treat the sick using herbs that he gathered. John Kline was a wonderful counselor and an effective evangelist.

During the Civil War, John Kline dutifully gained permission from officers in the Northern and Southern armies to enable him to travel across military lines. Thus, during that perilous time, he continued to travel on horseback to visit Brethren families in the North and the South. During his ministry, he rode horseback an estimated 100,000 miles. He corresponded with the Governor of Virginia and other officials on behalf of Brethren and Mennonite men who were opposed to serving in the military. At one point, he was even arrested and jailed for his opposition to the war and his support of Anabaptists who opposed it. John Kline was also opposed to slavery and spoke out against it. 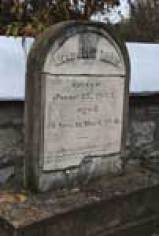 Elder John Kline was so loved and respected by the Brethren that he was chosen four times to serve as moderator of annual meeting at the time of the Civil War (1861, 1862, 1863, and 1864). The last three of those meetings were held in the North, and, even though he was from Virginia, while the war was raging, Elder Kline attended and presided. He constantly worked to preserve the unity of the brotherhood and the Brethren did not divide as many denominations did in that period. Because Elder Kline was completely dedicated to serving Christ and the church, he refused to heed warnings of danger for his life. As he neared his home following the 1864 annual meeting at the Nettle Creek Church in Indiana, he was shot by ardent confederates. Even while knowing the dangers that surrounded him, he steadfastly determined to follow his calling to serve his Lord and his church.

It is important that Brethren of the 21st century pass John Kline's legacy on to future generations.

John Kline's Contributions to the Church

--from the Epilogue of Courageous Prophet by Roger E. Sappington 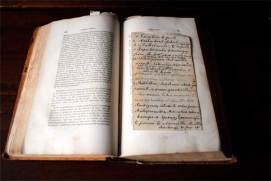 First, he was a good steward, one who used his property and his life well. Throughout his life he set aside a portion of each harvest for the church and for the needy. His body was cared for judiciously, so that he might be available whenever he was needed.

Second, he was a pastor and considered himself called by God and devoted his life to the service of God, ministering to the spiritual needs of others with a particular concern for special groups such as the young and the aged. 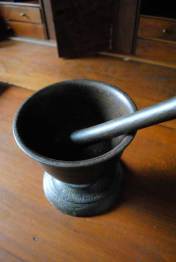 Third, he was a missionary with a passion for those who were unchurched, traveling more than 100,000 miles, most of it on horseback, in his missionary tours in the states of Virginia, Maryland, Pennsylvania, Ohio, Indiana, and Tennessee.

Fourth, he was a physician and scientist with a remarkable progressive viewpoint. He followed the Thompsonian system, which proposed to heal by removing the cause of the illness. He demonstrated his progressive interest in building better roads and railroads.

Fifth, he was an ardent defender of the Brethren faith. Much of his preaching centered around the doctrines of the church, which were his understanding of the Christian faith, an understanding he had come by after years of careful and diligent study.

Sixth, he was a social actionist in his desire to eliminate the evil of slavery and in his opposition to war as a means of settling disputes. When the Civil War came, he sought to make it possible for the Brethren to honor their conscientious objection to participation in the military forces of the Confederacy. He was not hesitant in communicating with officials of state, local and Confederate governments in order to express his convictions of social problems.

Seventh, he was a courageous prophet with the ability to speak wisely on the social and religious concerns of his time. As a man of God, he had been granted a keen insight in to the direction in which the church was moving.

Eighth, and finally, John Kline was a dedicated Christian who used all of the personal strength and the physical prosperity which God had given him for the glory of God and his neighbor's good.

We invite you to spend time learning more about the history of Elder John Kline and the early Brethren in the Shenandoah Valley.

"John Kline was arguably the most beloved personality in Brethren History."